The idea of the MIniplane ABM is to enjoy the freedom of flying with a lightweight mini motor. Having a smaller engine to carry offer to consume less fuel.

The idea of the MIniplane ABM is to enjoy the freedom of flying with a lightweight mini motor: The Top 80. Having a smaller engine to carry offer the ability to go longer with less fuel to carry, so lighter to launch with.

A smaller engine giving less vibrations and combined with the optimize resonance of the exhaust allow the pilot to get a more comfortable flight and having a better feeling with the wing. Mini plane

Having less weight to carry make the take off and landing a lot easier, especially in light or no wind . But you can also use a smaller wing easier to inflate. Mini plane

The increase in performance of modern paragliders makes it possible to fly with almost one-half the power of a few years ago.

A little 2 stroke engine, build with modern technology, can offer more than enough reliable power and much less weigh.

This make the critical take off run easier and safer. Mini plane

The new 2007 Miniplane frame allows the use of the proven PSF system or as an option the new revolutionary ABM system with pivot arms using a mid attachment point, in order to keep an excellent degree of stability, and at the same time allows for “active” pilot weight shift. Experts that have test flown this system agree that it allows great weight shift ability without the instability found on previous systems by other manufacturers. Read a Review by FootFlyer and Backyard Flight.

The Miniplane ABM is powered by the Top 80 Engine. 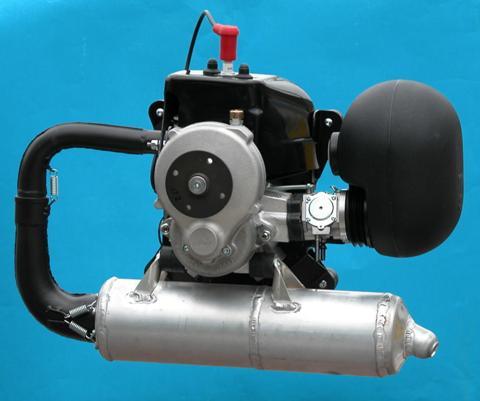 Be the first to review “Miniplane ABM” Cancel reply

Get the gear you need! Quality products at the right price! Dismiss